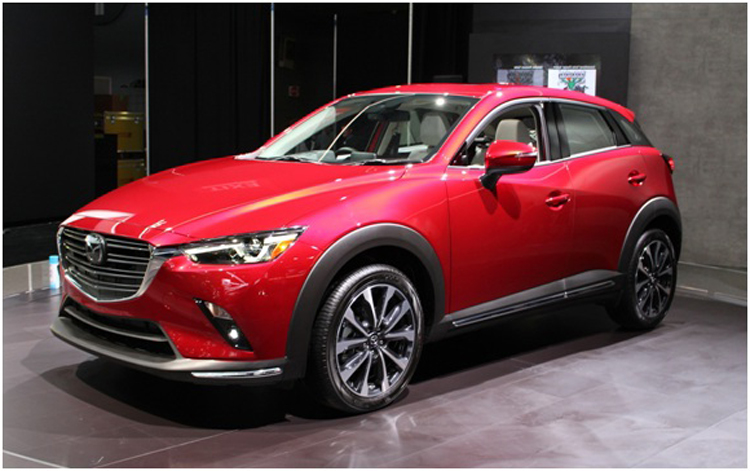 Mazda, an unassuming Japanese car company that has been active in Canada for half a century now, has generally not been known for creating a hug splash. Its reputation has been built instead to its ability to design very good cars sold at a very affordable price.

In particular, Mazda has been singled out for praise for their flexible approach and laser-focus on producing a small range of superior vehicles. At a time when many large North American auto companies are flooding the market with multiplying iterations of the same basic vehicle, Mazda is doing a few things extremely well.

The Mazda 3 and Mazda CX-5 are great examples of how this can be a winning strategy: instead of offering a range of slightly different but similar-sized vehicles, Mazda has focussed on producing the best sedan possible and the best compact crossover SUV possible.

But as Mazda cements its place in the first rank of car sellers in North America, its new designs and new products are generating a significant amount of press interest. For example, in 2015, Mazda expanded its range by introducing its newest SUV, the subcompact CX-3.

Designed to meet the needs of drivers who want the thrust and muscle of an SUV with the agility of a much smaller car, the CX-3 caused a sensation when it first hit showrooms, and over the past three years has garnered a small but dedicated following.

With new changes to the 2019 model announced earlier this year, Mazda gives its newest car a mid-generation update that builds on the vehicle’s strongest elements while making it an even more pleasurable ride.

The 2.0-litre engine has been re-designed to offer better fuel economy, more torque, and less friction while increasing the horsepower to 148, and the new Mazda G-Vectoring Control programming makes it drive even more smoothly and intuitively, especially when taking corners (GVC is one of the secrets behind Mazda’s deft handling), and minor changes have been made to make the cabin quieter.

If you are located in Canada and want to find out for yourself why the 2019 CX-3 has been garnering so much advance praise, visit your local Mazda dealership in Toronto to find out more about the new Mazda line-up. The trend toward smaller and smaller SUVs doesn’t seem to be stopping, and the 2019 CX-3 raises the bar for what drivers can expect from these spirited little vehicles.

Mazda experts can introduce you to the latest models the brand has to offer, also know their way around the practical elements of the car sales business and can help find a financing plan that works for you.

The new changes give the CX-3 a sense of sophistication that was not as significant a part of the original vehicle’s design, and the introduction of GVC technology makes it an even more compelling choice for drivers who want the best possible control. The CX-3 is due to hit showrooms in the next two months, so interested buyers should keep their eyes open for it.