The Lesser-Known Side Of “America’s Athens” – Five Forgotten (But Fantastic!) Philadelphia Attractions 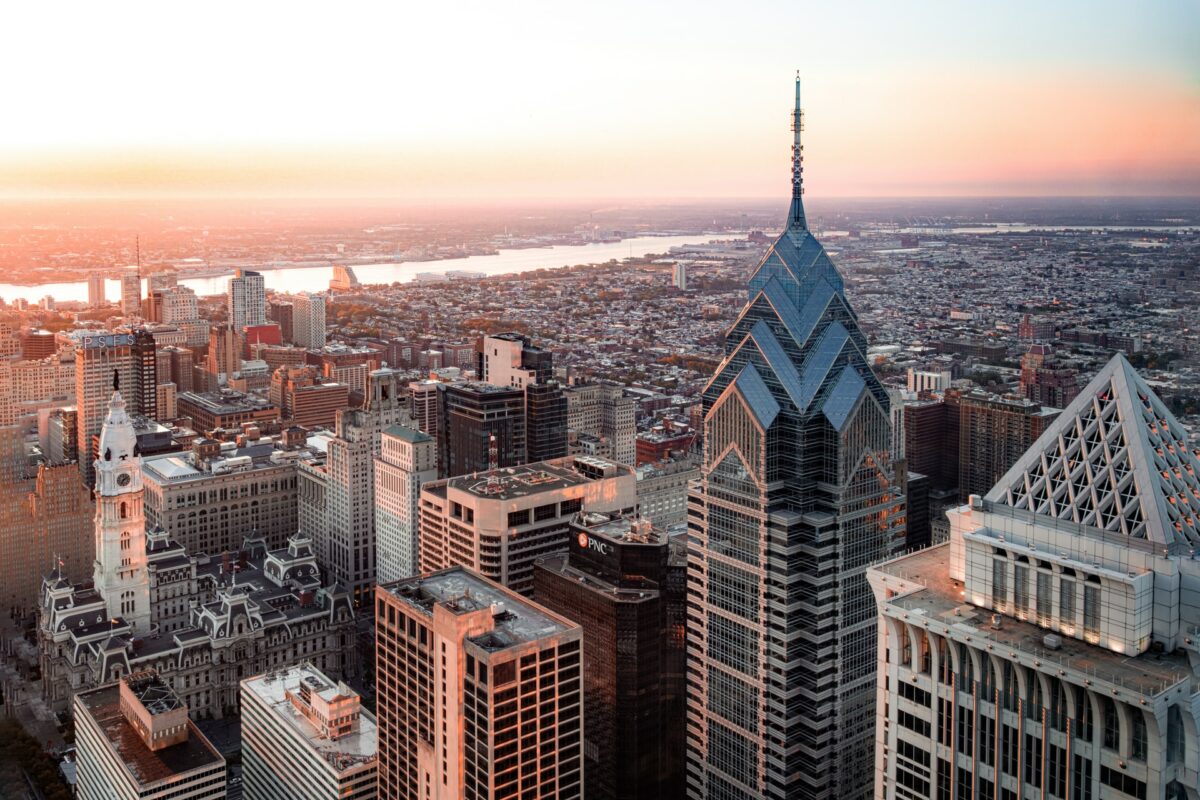 Like NYC, Philadelphia is a big city with plenty of cliché tourist attractions. If it’s your first time visiting the “City of Brotherly Love,” chances are you’ll head straight to iconic sites like the Liberty Bell, Independence Hall, or (of course) the Rocky Statue! While all those sites are awesome, don’t forget to seek out a few hidden gems in the Cradle of Liberty.

With such a long history, Philadelphia has many interesting attractions that are easy for non-locals to miss. Here are a few such fabulous Philly suggestions you probably won’t find in a tour booklet.

Marvelous & Macabre – Take A Tour Of The Mütter Museum

Are there any “Mysteries at the Museum” fans out there? If so, you’ve probably seen a few of the macabre medical exhibits housed at Philly’s Mütter Museum.

Named after a 19th-century surgeon, this wing of Philly’s College of Physicians houses thousands of the medical world’s most intriguing abnormalities. For instance, here you’ll find the skeleton of a man who measured 7’ 6”, a tumor from President Cleveland, and a replica of the famous conjoined twin’s Chang and Eng Bunker. However, this museum’s most talked-about attraction has to be the preserved slides of Albert Einstein’s brilliant brain.

It should go without saying this isn’t the best museum for any tourists with a squeamish stomach. However, if you’re someone who loves attractions like “Ripley’s Believe It Or Not,” then Mütter is a must!

You could easily walk to the Mütter Museum from the 22nd Street terminal. This museum’s official address is 19 S 22nd Street.

Take A “Zen Break” At The Shofuso Japanese House and Garden

You don’t have to travel to Kyoto to enjoy the splendor of a traditional Japanese garden. In fact, Philly is home to one of America’s oldest (and prettiest) Japanese gardens in West Fairmount Park.

What’s now called the Shofuso Japanese House & Garden was first built as a part of Philly’s 1876 World’s Fair. After World War II, the Japanese government sent NYC’s MoMA a beautiful recreation of a gorgeous 17th-century house as a peace offering. While this was initially exhibited in Manhattan, the house eventually made its way into Philly’s Shofuso Garden.

Besides being a great place for green tea and meditation, Shofuso House & Garden has a koi pond with fish pellets nearby. It’s also worthwhile researching whether the Japan America Society of Greater Philadelphia is organizing any special Shofuso events before your visit.

Stroll, Jog, Or Bike Along The Schuylkill River Trail 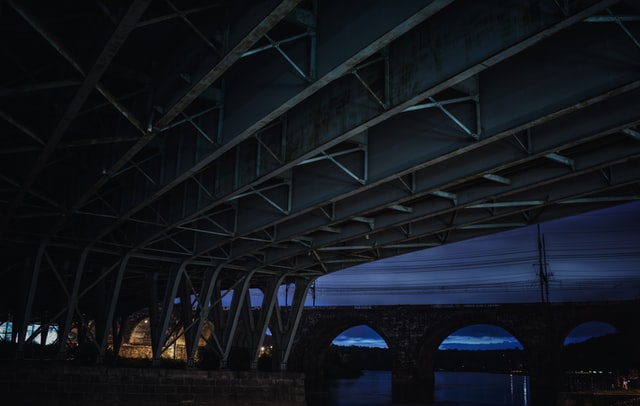 If that relaxing walk through Shofuso’s garden didn’t cut it, perhaps you’d like to do some running shoes and jog on the scenic Schuylkill River Trail. Often ranked one of America’s best urban trails, the Schuylkill River Trail measures some 75-miles from Philly towards Schuylkill County. Once this project is completed, it’s expected to measure an incredible 120 miles.

The best way to get a fantastic view of Philly’s skyline is to walk along the beautiful Schuylkill Banks Boardwalk near the Taney Baseball Field. Whether it’s early morning or evening, this 2,000-foot boardwalk offers a fantastic view of modern Philly. FYI: sometimes there are pop-up beer gardens in the warmer months, so be sure to check out scheduled events before visiting.

The Schuylkill River Trail is one of many examples of Philadelphia’s commitment to pedestrian safety. Although it may not rank as highly as NYC or San Fran, Philly has a lot to be proud of in terms of walkability. Indeed, this city often ranks as one of the most walkable in the USA. If it’s your first time in the city, you may be surprised just how easy walking around Philadelphia’s historic districts are.

Relive The Revolution At Fort Mifflin

To say there’s a lot of colonial history in Philadelphia is quite the understatement. After all, this is where the Founding Fathers put together both the Declaration of Independence and the Constitution. Central Philadelphia is also a 30-minute car drive away from Valley Forge, where General George Washington and the Continental Army famously retreated in 1777.

While Valley Forge and Independence Hall are must-see destinations, don’t forget about Fort Mifflin! Although it’s not often mentioned in high school history, this well-preserved British fort played a significant role in the Revolutionary War.

Now a National Historic Landmark, Fort Mifflin is regarded as one of the USA’s oldest military structures. If you’re lucky, you might catch an exciting live demonstration during your tour. Just be forewarned, some locals say spectral soldiers still haunt these grounds.

As a bonus, this fort is just a stone’s throw from Philadelphia International Airport. So be sure to plan a visit here if you’re flying into Philly!

Although the Rosenbach might not look like much on the outside, it’s a pretty big deal for bibliophiles. Named after the brothers Philip and Dr. A.S.W. Rosenbach, this library & museum houses thousands of the rarest books and manuscripts in the USA.

Most famously, the Rosenbach has the original manuscript for James Joyce’s masterpiece Ulysses, but there are countless other treasures to explore here. For instance, you’ll get to see a first edition of Ben Franklin’s Poor Richard’s Almanak, notes from children’s author Maurice Sendak, and drafts for Bram Stoker’s spooky Dracula.

In addition to sharing a few of these rare books with visitors, the Rosenbach offers guided tours of its historic home. Even if you’re not all that into high literature, it’s a fun experience to walk back in time in this gorgeous property.

You can find the Rosenbach at 2008 and 2010 Delancey Place, just a short walk from Rittenhouse Square.

A Final Footnote On Footlongs! – Where’s The Best Philly Cheesesteak?

After exploring every corner of Philadelphia, you’re probably feeling pretty hungry. Of course, the tastiest way to re-fuel in this city is to order an iconic Philly cheesesteak!

However, since this steamy sandwich is such a Philly staple, it can be difficult for tourists to find the “best” in the city. Although there are spirited debates over who offers the best cheesesteak, Pat’s King of Steaks wins the award for “authenticity.” According to most reports, Pat Olivieri created the first Philly cheesesteak in 1930, and his family continues this tradition at this 24/7 food stand. You can find Pat’s King of Steaks at 1237 E Passyunk Ave. in South Philly.

If you’d rather stay in the heart of Philadelphia, then food critics recommend the new Sonny’s Famous Steaks at 228 Market Street. Although it only opened in 2000, Sonny’s is hailed for using the highest-quality local cheeses, Angus beef, and fresh-baked bread. Best of all, you could reach Sonny’s in a short stroll from the touristy Liberty Bell area.