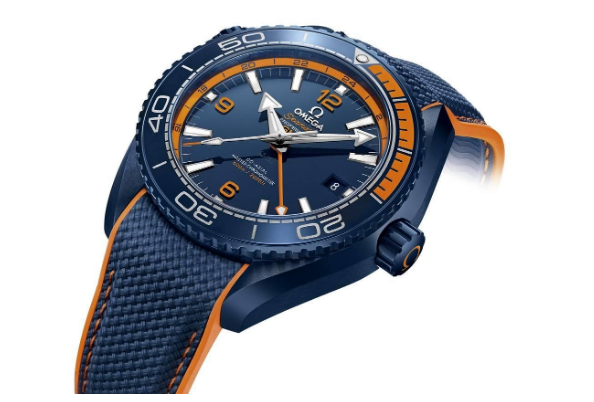 Omega is one of the most eminent and iconic luxury watch brands globally. It’s well known for its sports and racing chronographs, efficient dive watches, and co-axial automatic movements. Omega started its legacy in 1848 in a small workshop created by Louis Brandt in La Chaux de Fonds in Switzerland.

The Omega watches are known as the first-ever watch that traveled on the Moon, the deepest dive in the world, the official timekeeper in the Olympic games, and is preferred to be worn by high-end celebrities. With its rich history, The Omega brand is greatly valued and highly trusted by watch enthusiasts. Here are 3 of the most valued iconic Omega watches.

Omega has five watch collections: Seamaster, De Ville, Constellation, Specialties, and the most popular, the Speedmaster collections. This specific watch was established in 1957 when it was presented as a sports chronograph, showcasing Omega as the official timekeeper of the Olympic games.

It was nicknamed Moon watch after Buzz Aldrin, an American Astronaut wearing an Omega Speedmaster Professional Chronograph and hailed as the first watch to travel on the Moon in 1969. It has been worn for NASA’s piloted mission ever since. As a result, it’s known as the upholder of robustness, resistance, and excellent framework.

The Speedmaster collection is verified to overcome all severity of temperature, covering from 200°F to 0°F. It also carries weather moving in a vacuum. Omega Speedmaster has been evaluated for resistivity to respective humidity and oxygen since the availability of these conditions is anonymous in distinct regions of outer space.

Besides, it features the name of NASA’s space mission written at the back casing of every known watch. No wonder Omega Speedmaster is an exceptional piece beyond the barricades of time and space in the proper sense. This watch has been the top choice of people who are dreaming of traveling to the Moon.

The Omega Seamaster Professional Planet Ocean is inspired by the great seas. It’s designed for professional and recreational divers. It was released in 2005, but Omega’s Seamaster collection was launched in 1948. These dive collections are designated by their water resistance, gas escape valve, and chronometer certification.

Omega Seamaster is considered a literal dive watch, the best diving watch of all time. Designed to be versatile and long-lasting, it’s a perfect watch not only for adventures but for special occasions as well. It is for wearers who are daring to try scuba diving, snorkeling, or deep diving and still want to be stylish and sophisticated at the same time.

It includes a Super-LumiNova, which features visibility for dark conditions to help divers keep track of time underwater efficiently. The applied indexes, hour hand, minute hand, and 12 o’clock dot are white in a regular setting; it emits and glows green and blue light in dim or dark conditions.

Omega’s De Ville collection, first introduced as part of the Seamaster series. It was one of the most known classic dress watches under the Seamaster line at that time, which was later distinguished when the dive watch began in 1957. Following that, Omega launched the De Ville as a separate line, which quickly became Omega’s best selling collection.

The Omega De Ville collection is a dress watch favored by both men and women that can be worn for informal and proper special occasions. It represents a sophisticated style that serves as a substitute for sports models. This watch offers an elegant dial, vintage watch design, and a stable mechanical movement.

Most of the De Ville watches have sword-like hands that are visible on the dials. There are six lists for the De Ville collection, first is the Ladymatic, then the House Vision, Tresor, Prestige, Gent’s Collection, and then lastly, the Tourbillon Collection. The brand uses multiple materials, as well as leather straps, jewels, and chain-link accessories.

When it comes to accuracy and efficiency, Omega watches win since they make mechanical watches and quartz watches. This premium brand has a long history and a reputation for making luxurious watches in the world. They are considered an expensive luxury watch as it has proven to be one of the most efficient and well-structured tools in the history of eyes.

Omega watches are in a class by themselves. With so many collections, watch connoisseurs can find the perfect accessory that can match their look. Each watch is created so that the fine lines and beautiful curves don’t cause discomfort. With Omega’s definitive history of the collection, no surprise, it’s one of the most valued brands in the world.