So What Can We Expect From Virtual Reality In 2020? 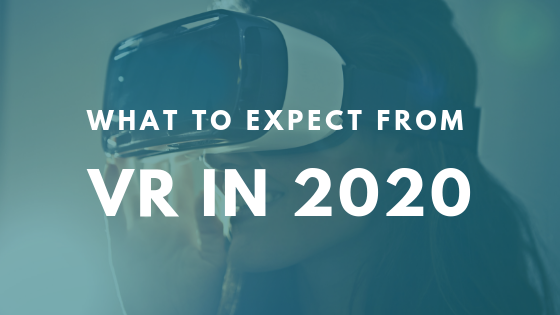 As 2019 comes to a close, let’s talk about what’s happening in virtual reality and what the future holds for this futuristic technology.

Across the globe, VR is a trend that is rapidly exploding and 2019 has been a year of progress, new releases, and innovations. Facebook’s Oculus Quest launched this past May, creating more interest in VR than ever and serious momentum across the consumer market.

Thanks to this push, VR is now being used for much more than gaming. It’s finding its way into politics, pop culture, healthcare, business, and more because creative developers are finding educational, practical, and unexpected use cases for this technology. For example, students in Hong Kong have recently developed an immersive experience that shows the world what is happening inside their region’s political unrest. With the release of this simulation, people from all over the world could experience the 2019 Hong Kong protests, tear gas, and crowd size first-hand. With more campaigns, elections, and political changes coming in 2020, VR consumers can expect to see more experiences focused on the world’s geopolitical climate and more.

As the quality of hardware, content, and mobility improves, more and more people are exploring the latest and greatest innovations in VR. Imagine playing Pubg pc version with VR? That’s crazy right? With consumer interest solidified and more entrepreneurs actively pursuing VR technology, we can look into the future and see what’s going to happen in 2020 and beyond.

We asked seven VR expert commentators to look into their crystal ball and share their thoughts on what to expect from VR in 2020. Here’s what they had to say!) 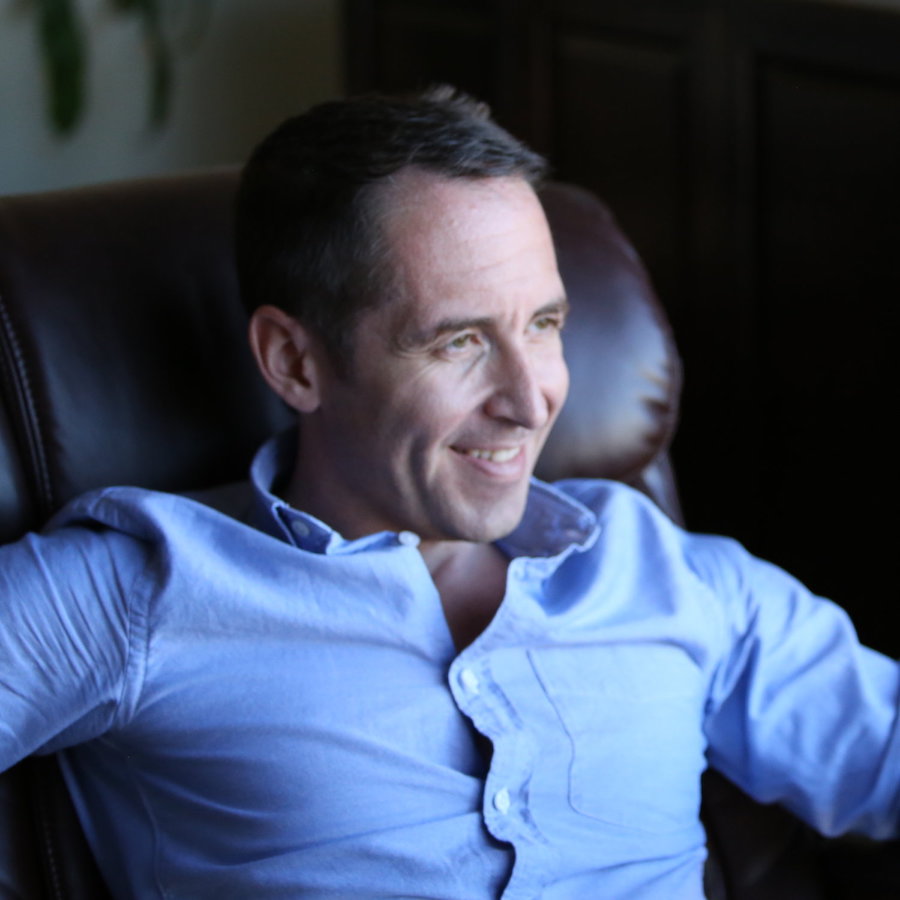 “The advent of standalone VR headsets like Oculus Quest — along with Facebook’s investment in the technology and price competition — will make high-end VR accessible to larger audiences. That exposure will push the movement forward for VR as a consumer product and as an industry in 2020.”

Thanks to Michael Boland, Founder & Chief Analyst at ARtillery Intelligence

#2 – A Gold Mine Of Capabilities 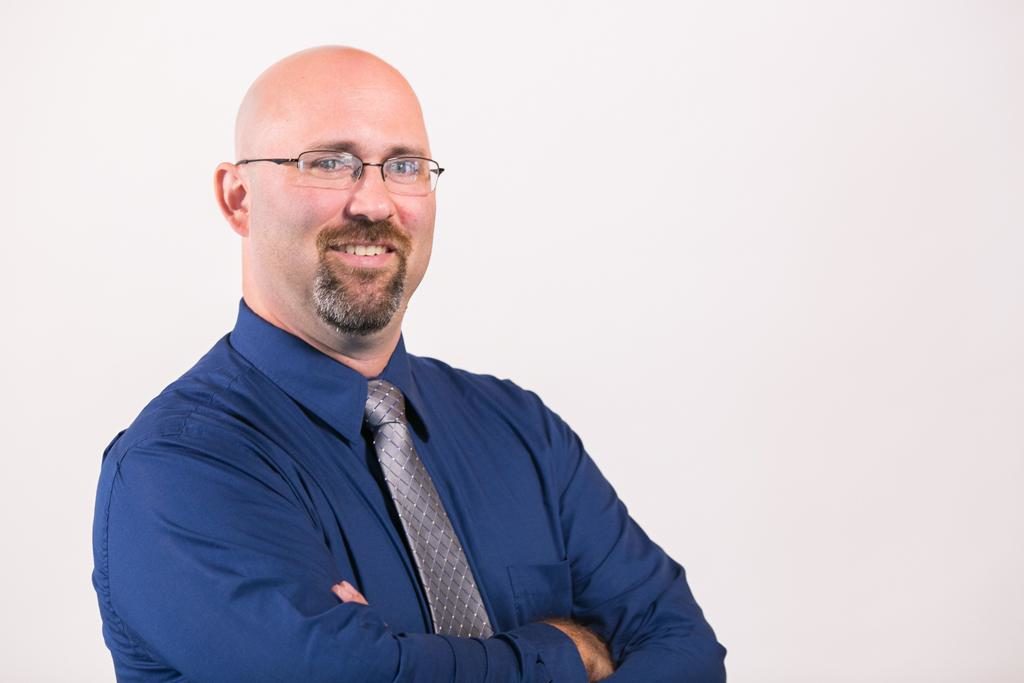 What kinds of innovations are you looking forward to in 2020?

“Wireless was a big jump, and I’m expecting to see resolution and motion tracking improvements, as well as hopefully some better innovations in haptics. On the user side, I’m not sure how beneficial eye tracking is going to be. But from a Developer and Content Creator’s perspective, the data it produces is a gold mine of capabilities, both for experience optimization and production of usage metrics.”

What you are expecting from virtual reality in 2020?

“I’m going to go out on a limb and say I expect to see relatively organic growth in VR in 2020 on the consumer side, but a lot of activity in the enterprise sector. Consumer content is still pretty limited to enthusiasts, but it’s gaining steam. The introduction of “wireless” systems like Oculus Quest are going to make this more accessible to a lot of people too. Now it’s just going to take a while for the content offerings to catch up and reach the right audiences. “

Tell us more about how virtual reality is growing?

“There’s going to be a lot of location-based entertainment driving consumer and entertainment experiences in the future. Many of the people who get introduced to VR at work are going to want to bring systems home more, but that’ll take time to develop.

On the industrial and enterprise side VR, I expect to see a lot of growth in the training and education arena, which would reach industries including medical, emergency response, manufacturing, retail, and more. Beyond that, we’ll see the industries that have already adopted VR, such as architecture, engineering, construction, and real estate, grow in their utilization and capabilities.”

Thanks to Matthew Wren, Co-Founder & Chief Technology Officer at BUNDLAR

#3 – 5G Will Open Up New Possibilities 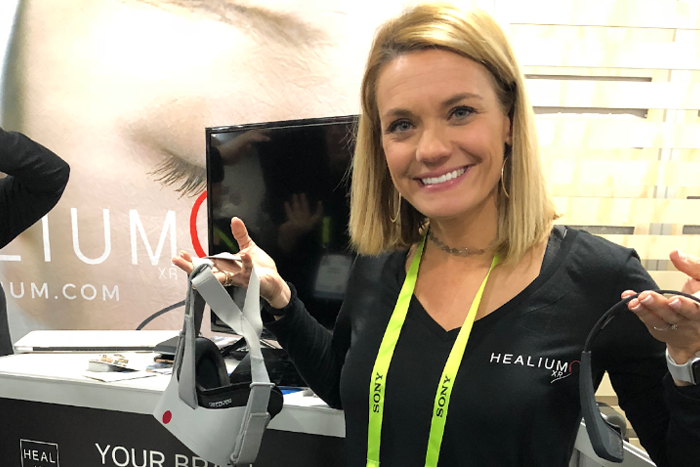 What are you hoping gets resolved by 2020?

“VR and AR for health care will take off in 2020 as the VRceutical and ARceutical industry leverages its power as a drugless solution to some existing pharmaceuticals. We will also see more permanent, virtual objects and multi-user experiences emerge with 5G and edge computing.”

What kinds of innovations are you looking forward to in 2020?

“We’re looking forward to incorporating more sensor data from consumer wearables into VR and AR experiences. This allows the user to not only passively watch an experience but actually control it with their data that comes from their smartwatch or other wearables. My company is also looking forward to a consumer-friendly set of glasses that allows the user to seamlessly switch between virtual and augmented reality.”

Thanks to Sarah Hill, CEO & Chief Story Teller at Healium by StoryUP XR

How will virtual reality change in the year 2020?

“Hate to be anti-climactic, but 2019 was a hardware cycle year so 2020 will likely mostly be “boring” improvements in software and releases of games. The next-generation hardware is expected sometime around 2022.”

Thanks to David Heaney, Writer at Upload VR & Software Developer 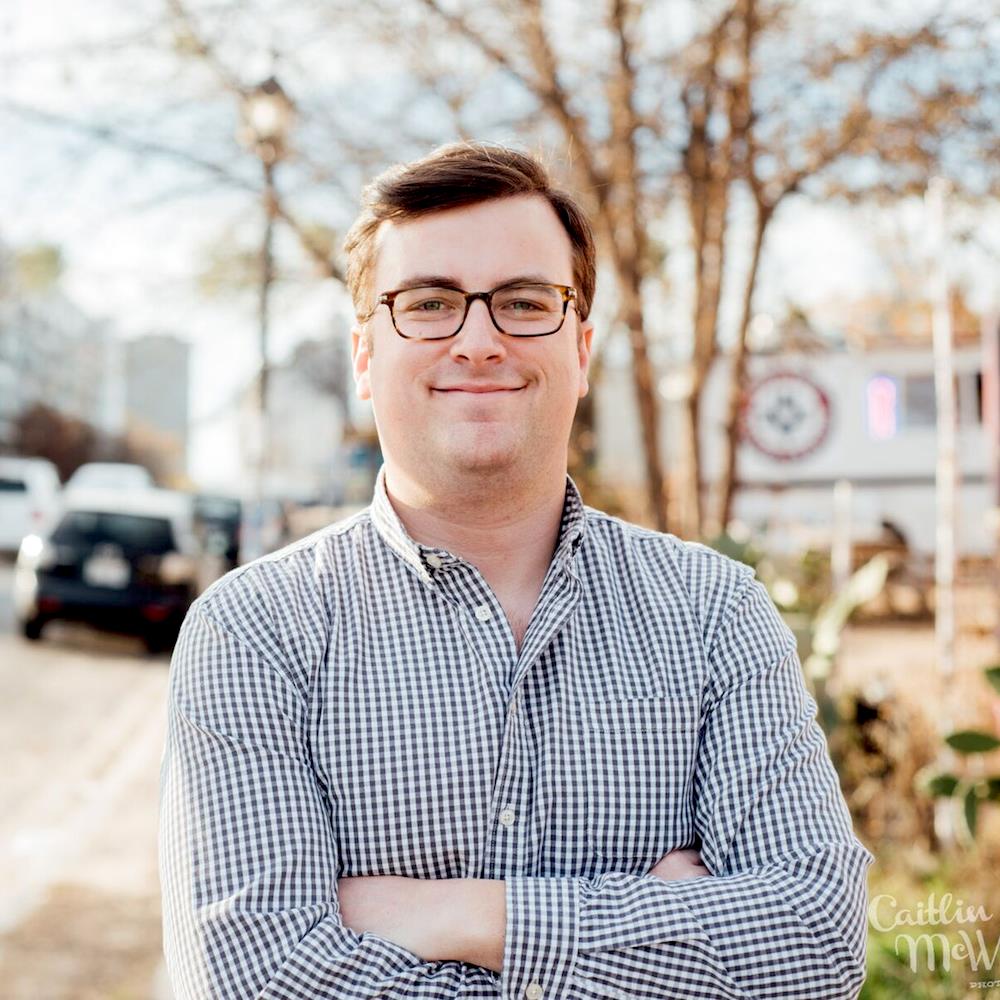 What you are expecting from virtual reality in 2020?

“VR technology has quickly found a home in the classroom and I think its use is going to increase in the coming school year. There’s a number of different lessons that can transform the learning experience and students can learn about ancient Roman history or human anatomy up close. This new spin on the educational experience is exciting to think about and we’ve been able to participate in a few programs ourselves.

VR in education can also help outside of the classroom and I hope that universities can use this technology to help recruit prospective students. VR is a great tool for virtually touring college campuses and it’s an engaging activity that shows prospects how innovative and forward-thinking your institution is.”

Thanks to William Griggs, Founder at VirtualRealityRental.co

#6 – Supply & Demand Are Starting To Align 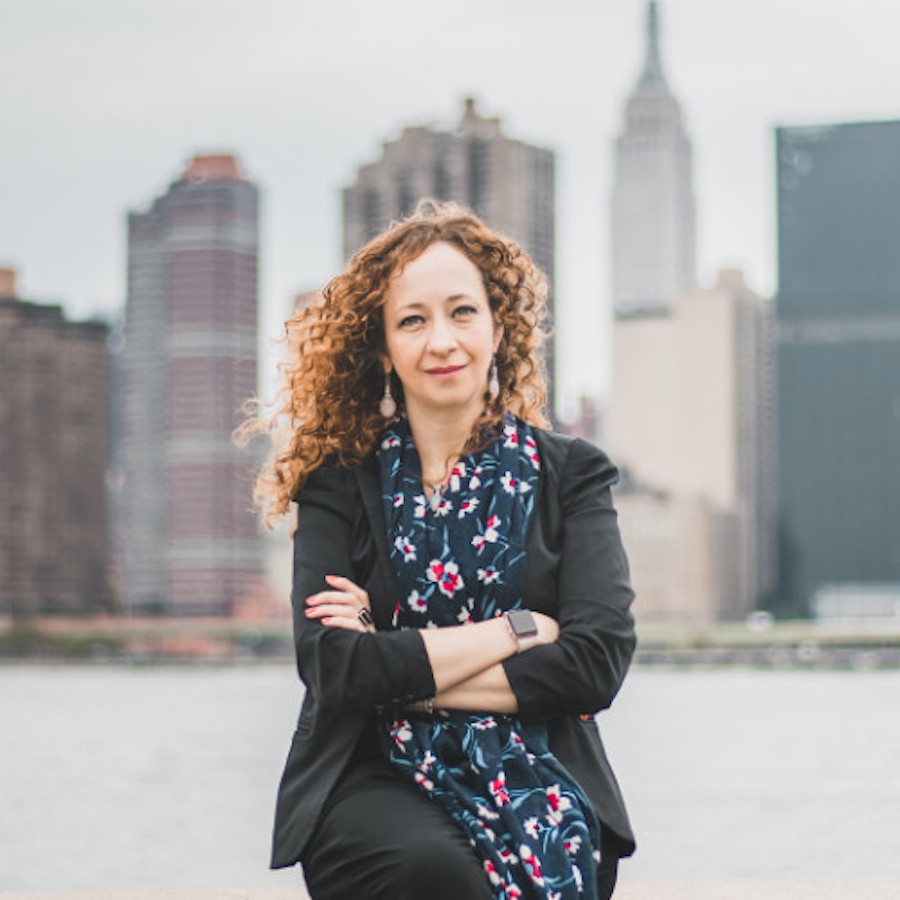 How will the VR industry continue to grow in 2020?

“I see our industry growing in terms of frameworks and starting to align in standards. The hardware had amazing advances (in 2019) with Oculus Quest for example, and wearables technology is now going in the direction of becoming real wearables that are integrated into our daily life — like Bose AR and North by Focals. Great advisors are also helping corporations understand the use of VR and its future.

Last but not least, the (consumer) market is already understanding the use cases of VR and seeing real products they can use. From my point of view, supply and demand are starting to align, giving us more space for growth, and I am enthusiastic about the present and for the future of the VR industry!”

Thanks to Rosario B. Casas, CEO & Co-Founder at VR AMERICAS

#7 – The Future Of Defying Distance Is Finally Here 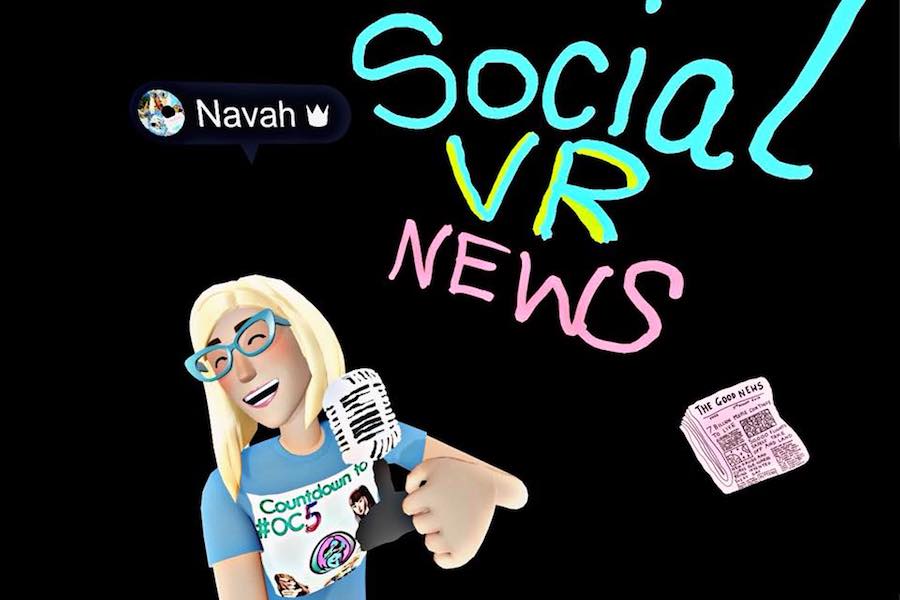 What are you hoping gets resolved by 2020?

“People will be picking their heads up away from their phone and grabbing their headset to truly feel the presence and meet people from all over the world without leaving their home.”

How will virtual reality change in the year 2020?

“Until earlier this year, VR was known mainly for gaming and developers, but with wireless VR headsets, the future of “defying distance”, as Oculus says, is finally here.  More people will be consuming content by transporting themselves into it, versus a 2D video chat or 2D newsfeed.

When it comes to Social VR, people will begin meeting and working in VR for business thanks to Oculus Quest apps like RecRoom, Oculus Venues, Bigscreen VR, Rummi VR, and Altspace (coming soon). On the fun side of Social VR, Facebook’s app, tentatively known as Facebook Spaces, will allow Facebook users to be immersed in social media and on the go.”

What do you think is going to happen in 2020? Tell us in the comments below!

What Is Business Intelligence Architecture—and Why Does It Matter?

Android Applications that Can Ease Up Your Video Experiences