How Technology has Improved the Experience of Pregnancy 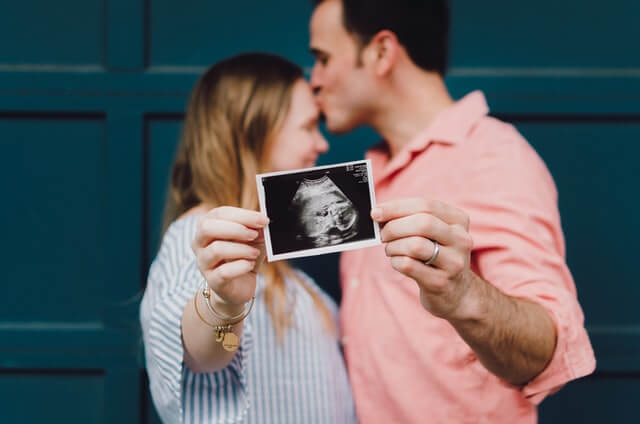 For centuries, pregnancy was something women simply went through, without proper care or reassurance of the safety of both mothers and babies. Prenatal and pregnancy care were practically non-existent, which means many women died at childbirth, while a lot of children didn’t survive past the age of 3.

As medicine evolved, so did pregnancy care and the safety of women, however only with the arrival of technology, the pregnancy experience changed for the better. Therefore, in this text, we’ll try to explain in what different ways has technology improved pregnancy and childbearing.

The pregnancy test is the first way to know

Back in the day, women relied on various methods to learn whether they’re pregnant or not. Missing the period was usually the first tell-tale sign. Even though that’s still the first way to know, now it’s possible to do a pregnancy test as soon as any symptoms occur.

Tests are usually accurate, and they’re the first thing women reach for whenever they want to confirm or eliminate pregnancy doubts. This is a huge improvement, because in the past, relying on the period cycle was unreliable, and combined with social norms at the time, it often put women in a difficult position, mainly if they were unmarried.

The ultrasound scans monitor the pregnancy

Nowadays, getting an ultrasound scan for any health issue is considered normal, and it’s also a regular occurrence. A pregnant woman must go through regular ultrasound checkups in order to monitor the baby, its size, and its development. And the latest ultrasounds can produce crystal images where the baby is clearly visible, especially in later stages of pregnancy, which can also help mothers relax without worrying too much about giving birth.

Of course, medicine evolved as well, which means that we have gynecologists, specialists who care for women’s reproductive health, while in the past, that was done by general doctors or midwives. That’s why choosing a good gynecologist matters so much – it’s important to have an expert who’ll be able to monitor the pregnancy and offer proper guidance and advice.

Aside from ultrasound checkups, pregnant women have another important tool at their disposal: a double marker test is an early classified predictive blood testing method that can determine the likelihood of chromosomal abnormalities. These abnormalities often result in Down Syndrome, Edward’s Syndrome, or Patau Syndrome.

However, the blood test itself isn’t enough, which is why it’s important to perform a nuchal translucency (NT) scan, which examines the clear tissue from the back of the baby’s beck. These checkups are done in the first trimester, which makes them incredibly significant.

The rise of the internet and social media sure has its downsides, but for pregnant women, the changes are impactful and useful. There are many online spaces and apps that help pregnant women and new mothers with different tips, which means women are less lonely than before. S

wapping ideas and helping out each other is what matters during pregnancy and early stages of motherhood, which is why the Mumli motherhood app for new moms is such a helpful tool for connection and learning. There are other ways to stay connected such as forums, Facebook groups, and messaging apps, but using a special app developed for this purpose can be immensely helpful, as it weeds out all the stressful content, mainly judging and bickering, that is usually prevalent on other platforms.

The breast milk pump changed everything

Breastfeeding remains an important topic, mainly when it comes to doing it in public places. However, when we’re talking about breastfeeding, there is one technological advancement that helped women – the milk breast pump.

Some mothers are abundant with milk, but babies have issues with latching, and in that case, a breast pump is a perfect solution: it helps women collect and safely store fresh milk for their babies, while babies are able to receive all the nutrients that are important for them, and that cannot be found in artificial powder formulas.

It’s been a while since baby monitors have entered the scene, but many parents don’t remember what it was like before them. With the rapid advances in technology, now it’s possible to watch the baby through cameras connected to the apps through the phone.

That means that parents can leave their baby in another room without having to check up on her all the time. Being able to do laundry, finish cooking or mow the lawn is a huge relief for new parents who also have to take care of the household.

These technological and scientific advancements help pregnant women and new mothers experience pregnancy and motherhood in a much different way. Mainly, they help them discover pregnancy early, as well as determine early signs of potential health issues. Also, they’re invaluable when it comes to connecting and reaching for information, which means that expectant mothers are now able to relax and worry less.

8 Safety Tips for Working Out Abroad

Have lots of floor space? Use them creatively!