How Plastic Pollution Is Affecting Our Health & The Environment 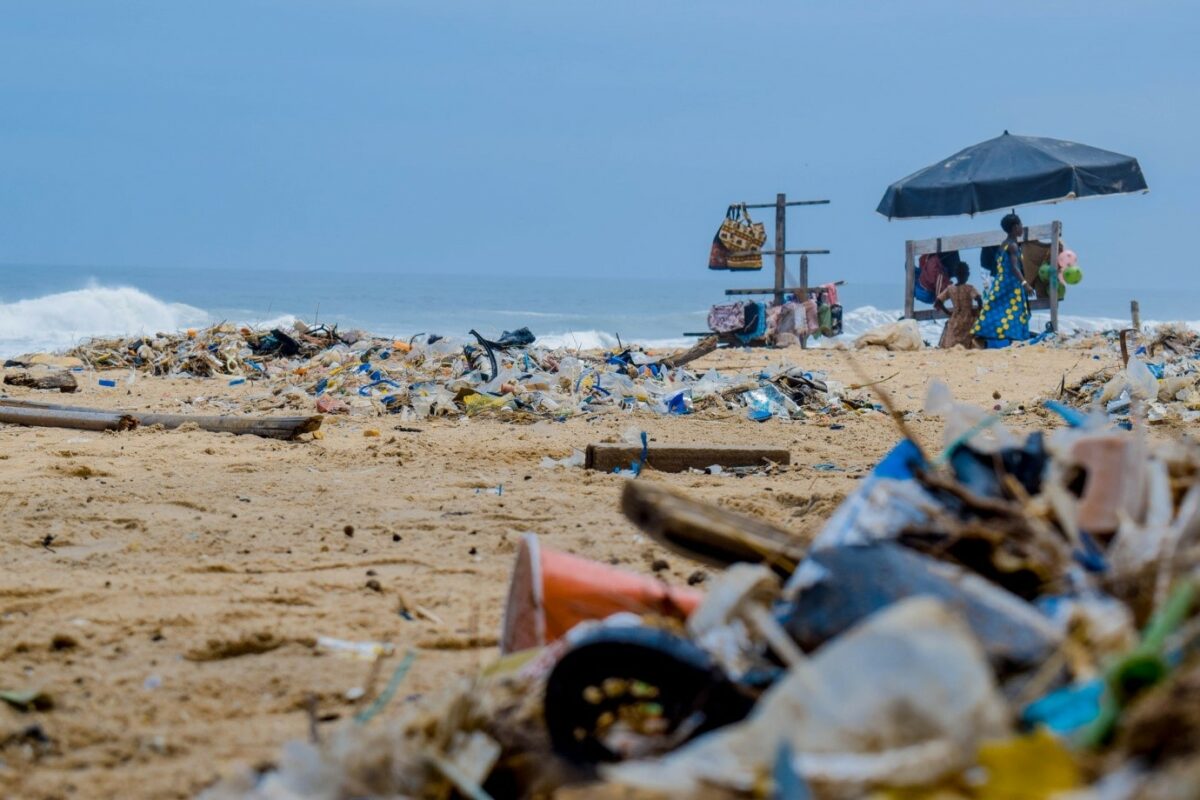 Synthetic plastics, those made from fossil fuels, were first produced in 1907 and have since given rise to the terms we’re all familiar with today like PVC, polyester and nylon. Plastic was considered a wonder material for decades, opening up new manufacturing possibilities due to the material’s light weight, malleability, cheapness of manufacturing and ability to be produced in bright colours. Unfortunately, it is only in the last few decades that we’re starting to understand the environmental and biological price to be paid.

We have a lot of work to do to fully understand the consequences of this century-and-a-bit of plastic production. The ubiquity of the material is astounding, with all the plastic ever produced still in existence. It is in our food, from tea bags, to fish, to table salt, and it’s in our drinking water; both the bottled variety and from our taps. We buy around 1 million plastic bottles per minute, and use around 5 trillion plastic bags annually.

Synthetic clothing also involves significant amounts of plastic in its production, and accounts for around 35% of the primary plastics which pollute our oceans.

How are humans affected by plastic pollution?

Unfortunately the inherent molecular stability of plastic, which makes it such a useful manufacturing material, also results in it being very hard to dispose of effectively. The ubiquity of microplastics in the oceans, our food, and even our own organs is well established now, but unfortunately we don’t yet understand the effects on our health well enough. What science does demonstrate is that beyond the dangers of the plastic itself within us, these particles also have a nasty habit of absorbing other toxins and pollutants, locking them inside us rather than allowing them to be filtered out.

What does plastic pollution do to our bodies?

Over time the build up of these microplastics in our bodies can weaken our immune system, and has the potential to change our hormonal balance. Microplastic deposits can also increase the risk of certain cancers, infertility and birth defects.

What are the financial consequences of plastic pollution?

Of course, there are going to be significant financial consequences from the health issues attributed to plastic pollution, although these can be hard to quantify. Studies though have shown the direct financial effects of plastic pollution across different industries. The fishing industry has to deal with contaminated fish stocks and debris damaging nets and propellers, and reports have shown that in the Shetland Islands alone this pollution costs the local industry over $4 million annually.

A study in South Africa reveals that worsening beach cleanliness could decrease tourist spending by over 50%, and regions of western Sweden reported losses from beach litter of over $23 million annually.

What are the future effects of plastic pollution on humanity?

It is estimated that 700 species are at risk of going extinct as a result of plastic pollution. Humans, of course, are not one of the 700, but that doesn’t mean we won’t be affected. The importance of biodiversity is well understood, and the loss of just a few species can have knock-on effects across whole ecosystems, putting our food supplies, and therefore humanity, at risk.

Plastics in landfill can release toxins, contaminating land, thus making it unsuitable for cultivation, and incineration will lead to significant levels of greenhouse gas emissions.

What is being done to tackle plastic pollution, and how can you get involved?

We can of course make small everyday changes to our behaviour, such as using reusable cups and bottles rather than disposable ones, avoiding single-use plastic bags, and only buying recyclable products where possible, but this won’t tackle the problem of the 6.3 billion metric tons of plastic waste already contaminating our planet. Thankfully, there are a number of real-life heroes around the world who are dedicating themselves to cleaning the oceans of plastic pollution. We aren’t all in a position to jump on a boat and pull plastic bottles from the mouths of sea turtles, or detangle sharks from nylon ropes, but we can help those who are already doing just that. You can discover the stories of these inspiring individuals and support them.

We know plastic pollution is causing significant damage to our environment and the species who inhabit our oceans. We also know there are health risks which extend all the way up the food chain to humans as a result of micro plastics. But we’re still at a point where we can change the course of our planet’s future by changing our consumption habits and supporting those who are cleaning up the damage already done.

5 Critical Things You Should Not Do When You are Arrested

How Do Thermal Optical Devices Operate?