The History of Fallout Series 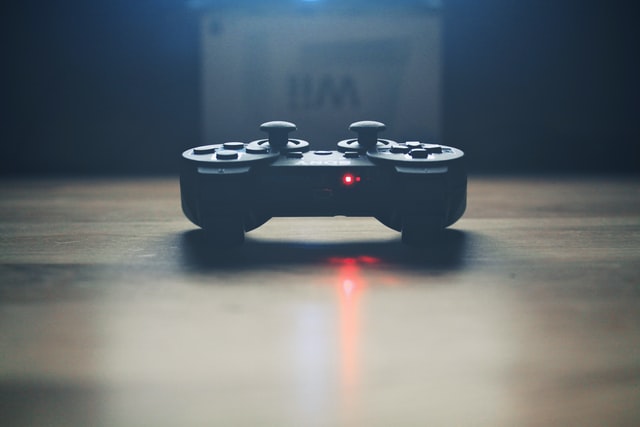 Fallout is a post-apocalyptic role-playing game franchise created by Interplay Entertainment and produced and distributed by Bethesda Softworks. Even though it is set in and after the twenty-first century, the plot and artwork are influenced by post-World War II nuclear anxiety in the 1950s. The series is loosely based on the Mad Max film franchise, and it is frequently referred to as Wasteland’s spiritual successor. This article will make you understand the history of the Fallout series.

Fallout’s backstory is upon a “what-if” scenario in which the United States of America attempts to develop fusion power, resulting in the country becoming hegemonic and relying less on petroleum. This was not reached until 2077, soon after the United States and China engaged in an oil-drilling dispute off the Pacific Coast. It concludes with a nuclear exchange, culminating in the game’s post-apocalyptic setting.

Great subterranean Vaults were built across America before the nuclear exchange, ostensibly safeguarding the people from radiation risks. However, even though just 122 were made, over 400,000 would be required to protect the whole country. This is because the Vaults were not built to preserve humankind; instead, they were used by the US government to perform sociological experiments.

Most vaults included certain variables to see how specific circumstances influenced or affected people’s reactions. These facts serve as the backdrop for future adventures in each edition of the series: Much of the area across which the player travels is damaged by wrecks and radioactivity.

Although games in the Fallout universe and the actual world split during the late 1940s, the Great War of 2077 was the defining moment of the Fallout universe. As the world’s petroleum supplies dwindled, a series of regional battles for resource control erupted, and most nations’ economies began to crumble as they were cut off from this essential lifeline. As a result, alternative energy sources were investigated, resulting in the maturation of nuclear fission technology, as well as many advancements in solar and hydroelectric power, and even nuclear fusion, but none of these alternatives were adequate to meet the world’s ever-increasing energy need.

With the world’s accessible crude oil supplies depleting, China’s communist government launched a war on the United States of America, invading Alaska in the hopes of acquiring the few remaining stores of crude oil there. As it became known, the Sino-American War lasted eleven years, culminating in a full-scale nuclear battle between China and the United States. Both countries had amassed massive nuclear weapons stockpiles over the years, and the joint strike brought in adversaries and friends from all over the world, lighting a powder keg that had been developing for a century throughout the Cold War.

Even though the war lasted barely two hours, the devastation it caused was massive and total. More energy was unleashed in the early stages of this fight than in all preceding worldwide conflicts combined. Thus, the “Great War” was the name given to this worldwide nuclear warfare.

When the smoke cleared, what was left was harsh and brutal. Humanity fought to live ninety years after the Great War. On the surface, robbers and organized gangs battled for control of the crumbling ruins of once-great cities. At the same time, mutants prowled the radioactive wastelands, seeking sanctuary in locations too contaminated for human habitation.

The Vaults, built before the war with the claimed goal of safeguarding people and their descendants from nuclear catastrophe, provided relative safety and comfort to a “lucky” few underground. Some wanted to keep the outside world out, while others wanted to connect with it and repopulate it. Humanity was constantly threatened by voracious mutants, renegade robots, ruthless raiders, and other hostile mutant species wherever it survived.

The majority of the series’ events take place in the United States. “The Master and the Enclave” were the region’s principal enemies in the original two games, Fallout and Fallout 2, set in New California, the ruins of the West Coast. Fallout Tactics, the third game in The Belt, is between Chicago and Cheyenne Mountain in Colorado. Fallout: Brotherhood of Steel, the fourth game, was set in northern Texas, in the hamlet of Carbon and the ghoul city of Los Angeles. Fallout 3 was situated on the United States East Coast in an area known as the Capital Wasteland, which featured the ruins of Washington, D.C., sections of Virginia, Pittsburgh, and Maryland.

The Mojave Wasteland, which includes California, Utah, Arizona, and Nevada, was the sixth game, Fallout: New Vegas. “Fallout 4” is set in the Commonwealth, a territory that includes Boston, Massachusetts, the surrounding metro area, and famous sites in Boston and Cambridge. Appalachia, originally West Virginia, is the setting for Fallout 76.

Interplay licensed the rights to make three Fallout games to Bethesda Softworks in 2004. They bought the whole Fallout series in 2007. Bethesda launched Fallout 3 in 2008.

Fallout is the spiritual sequel to the 1988 smash Wasteland and was released in 1997 for DOS, Windows, and Macintosh. The game’s protagonist is charged with locating a water chip to replace one that cracked in his home, Vault 13. Beginning in the year 2161, the game takes place in post-apocalyptic Southern California. It was designed to operate under the GURPS role-playing game system. Still, a disagreement with GURPS founder Steve Jackson about the game’s violent violence necessitated creating a new system, the SPECIAL System. Fallout’s mood and artwork harken back to post-World War II America and the pervasive nuclear dread of the period.

Fallout 2 was published in 1998 for Windows and 2002 for Mac, and it featured a slightly modified version of the original Fallout engine. Fallout 2 is set in 2241, 80 years after the first game’s events, and follows a descendent of the Vault Dweller, the protagonist of Fallout. After several years of drought, the player assumes the role of the Chosen One as he attempts to preserve Arroyo, his community. The option to adjust the dispositions of non-player character party members and the ability to shove persons who are blocking doorways were among the advancements over the original game. It did, however, offer several modifications to the game environment as well as a greater emphasis on comedy, with much more pop-culture gags and parodies.

Bethesda Softworks developed and released Fallout 3 as a post-apocalyptic computer and console role-playing game as a successor to Interplay’s Fallout and Fallout 2. It was released on Windows, PlayStation 3, and Xbox 360 on October 28, 2008, in North America, and on October 31, 2008, in Europe.

The game is set in the year 2277 in the Capital Wasteland on the East Coast of formerly the United States, mainly in Washington, D.C., Maryland, and Virginia, and is not a direct sequel to the previous games. The protagonist, a youthful vault dweller from Vault 101, escapes the vault and sets out on a dangerous adventure in quest of their missing father, James. The game’s story revolves around the protagonists’ search for their father and the reemergence of a violent party known as the Enclave, which intends to conquer the Capital Wasteland and, eventually, post-war America. Contrary to the previous games, which were turn-based and isometric, this one offers real-time fighting with a first- or third-person view.

Fallout: New Vegas is a Fallout game created by Obsidian Entertainment and published by Bethesda Softworks. It is based on the same game engine as Fallout 3. The PC, PlayStation 3, and Xbox 360 version of Fallout: New Vegas were published in North America on October 19, 2010.

In the year 2281, four years after Fallout 3, the game occurs in a post-apocalyptic Las Vegas. After being shot in the head, the protagonist, a Mojave Express courier, is pulled out of a shallow grave by a robot, and their attempted assassin steals the contents of what should have been delivered. The game’s story revolves around locating the main character’s assailant and recovering their stolen parcel and the battle between NCR and Caesar’s Legion and Mr. House’s New Vegas’ impending intervention over Hoover Dam.

Bethesda Softworks developed and released Fallout 4, a Fallout game. On November 10, 2015, it was published for PC, PlayStation 4, and Xbox One, except Japan, posted on December 17.

The game is set in a post-apocalyptic Boston dubbed “the Commonwealth” in 2287, ten years after Fallout 3 (and six years after New Vegas). The plot revolves around the protagonist’s son, Shaun, is kidnapped while they are in cryogenic sleep in Vault 111, and the protagonist’s subsequent attempts to locate him amid the controversy surrounding a mysterious “Institute” allegedly replacing Commonwealth citizens with synths, androids designed to be as human-like as possible.

Bethesda Softworks developed and released Fallout 76, a multiplayer Fallout game. It was announced on May 30, 2018, and it was published for PC, PlayStation 4, and Xbox One on November 14, 2018.

The narrative of Vault 76, one of the 17 known control vaults, begins in Appalachia in 2102, 25 years after the Great War. After being set on a quest by the Overseer, the player character emerges from Vault 76 during a celebration of Reclamation Day. The game is exclusively played on the internet.