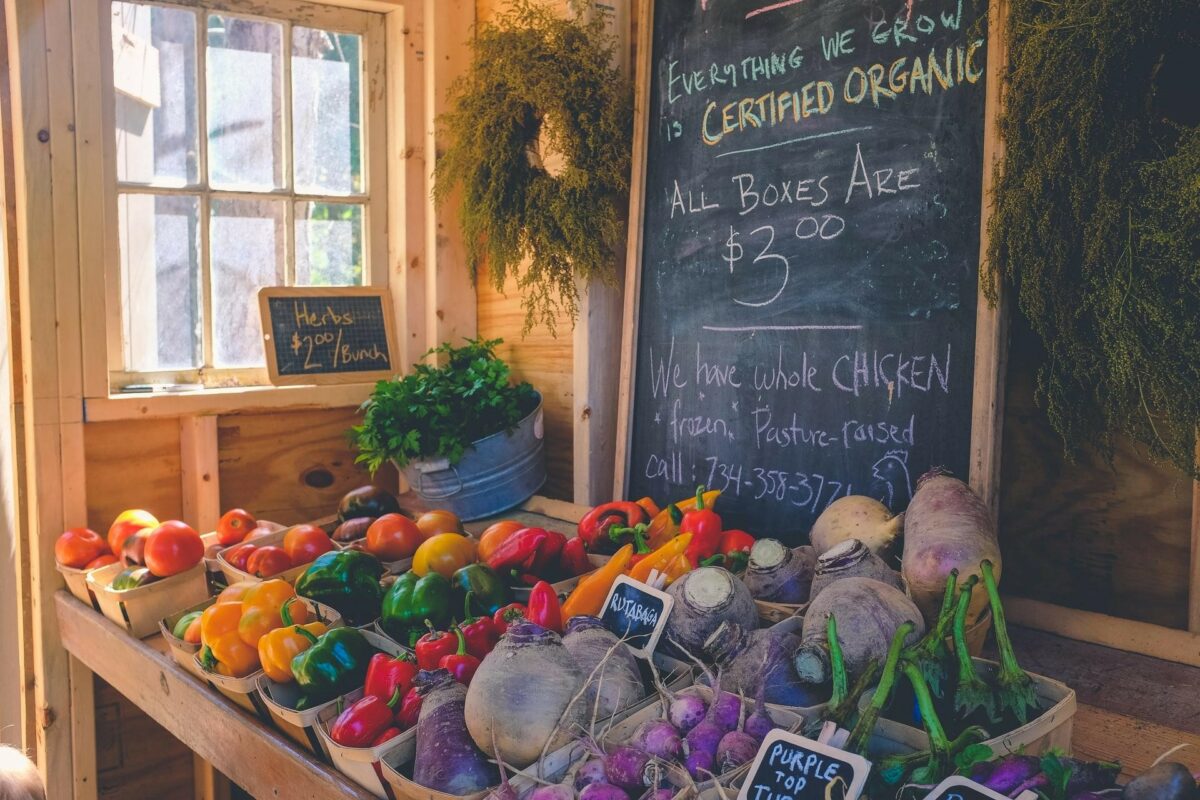 There are people who simply walk by the organic-food isles in the supermarket and there are those who focus on those isles exclusively, and that’s only when they don’t have time to visit their local farmers’ market. However, even those who frequently buy organic food aren’t always fully aware of why exactly it’s good for them. In fact, there are many upsides of eating organic and here are some of the most important ones. 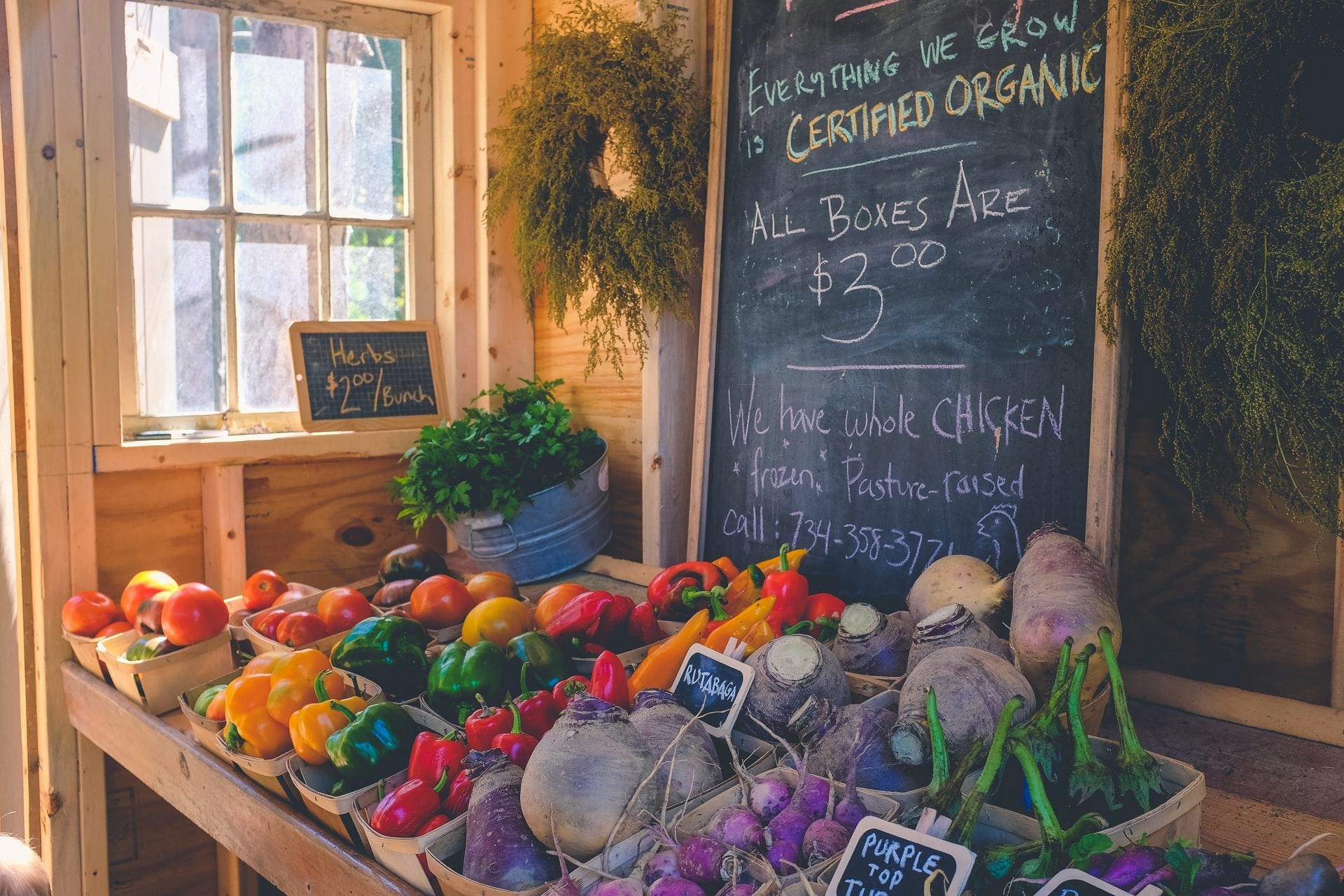 Choosing organic over the conventionally grown food means you’re choosing food grown without the use of most pesticides, including various herbicides and insecticides, some of which have even been suspected to be cancerogenic. Although some synthetic substances are allowed in organic farming, they are used in much smaller amounts. It’s for that reason that organic food provides you with all the nutrients you find in the standard food, but with fewer chemicals.

Next, organic food doesn’t contain as many artificial preservatives and flavor or color additives, making the food cleaner and better for your body and mind. Furthermore, organic farming doesn’t utilize as many toxic metals as non-organic does. Those metals are transferred from the soil to the food grown in, ending up in your plate and your stomach, which is something that you’ll get to minimize by consuming organic food.

The demand for organic food has led to an increase in its supply and a greater assortment of organic food available in nearly every supermarket and market. Not only that, but you can now even go online to buy premium organic whole foods in bulk and have them delivered to your address. It doesn’t really matter what your dietary preferences and choices are either. Vegan, vegetarian, keto, or paleo, you’ll certainly find something you like.

From cereals, dried fruit, and nuts, to pasta, sauces, and even coffee, there are organic variations of most types of food on the market. You can also choose food that’s been locally produced since it can be fresher than the imported food and you get the satisfaction of supporting local businesses. As far as taste is concerned, it’s logical that organic food is much more delicious.

Since conventional farming implies spraying the soil with chemicals to make the plants grow faster, these plants don’t get enough time in the sun, so they end up too watery and with just a hint of what they’re supposed to taste like. On the other hand, organic plants take as much time as they need to grow and have a better chance of reaching their ideal texture and taste.

When it comes to livestock, certain organic-farming practices have been established, which are considered more humane and result in a higher-quality final product. Unfortunately, it’s not uncommon for animals to be held in horrible conditions. There are places where farm animals are kept in small and overcrowded spaces, without them ever leaving their confinement.

These animals are unable to move normally, they’re under a lot of stress, in pain, and some of them never even get to walk on grass. For them to survive and stay healthy in such conditions, they are given antibiotics, as well as harmful growth hormones, so that they grow bigger or produce more milk. The traces of these antibiotics and hormones remain in the meat and dairy you eat. This is something you can avoid by opting for organic food instead, as the animals on organic farms have much healthier living conditions and spend significantly more time outside, in nature.

These animals are vaccinated, pasture feeding is more common for them and they eat organically grown food, too, so the meat, dairy, and eggs from these animals are better for your overall wellbeing.

It Preserves the Environment

Not only is organic food safer to consume, but it also causes less damage to the environment. Without the use of various synthetic chemicals, the soil will remain cleaner and healthier. Organic farming often relies on compost and other soil amendments and fertilizers which are good for the ground, while the chemicals that some traditional farms use may pollute the soil and even reach the water supplies.

If, in addition to this, you decide to buy from local producers, you’ll make sure that the food doesn’t have to be transported far in trucks that use fossil fuels and which pollute the air. When you support organic farming, you’re also doing your part in protecting nature, which is now more important than ever.

Next time you want an apple or some strawberries, visit the nearest farmers’ market and look for the organic ones, and if you’re in a supermarket, make sure you read the labels and choose only what’s best for you.

The 6 Steps Guide to a Custom Designed Home!

5 Car Modifications That Can Turn Your Car Around