How to Improve Your Mobile App Development Process? 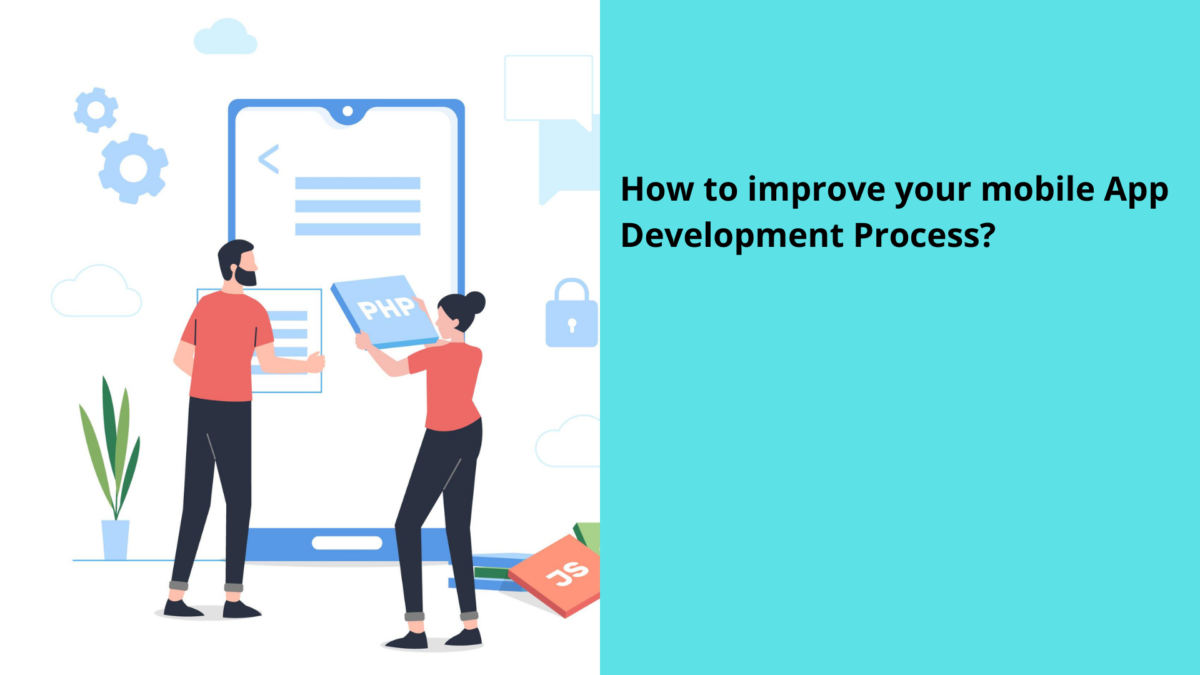 Taking all the industry best practices and standard processes into consideration, here we will explain the key stepping stones in the app development process.

While coming up with a great and unique app idea can only be compared with the first step in a journey of a thousand miles, the validation of the idea through market and target audience research will give your project a solid ground to stand upon. Creating the design wireframes for the first time will give your project a visual basis, the first look, and feel of your intended app project. More intricate and detailed prototypes should follow the step to make the idea and its intended execution clear and transparent for the developers and all stakeholders.

Choosing the right technology stack for the app project with a view for the incremental MVP approach of development is the logical next step. Successful Indian mobile app developers across niches today insist on creating a simple app followed by user-validated changes and value additions through app updates. Continuous testing and iterative development to incorporate client views and possible changes while keeping a strict eye on quality is another pillar to app development success.

Understanding the Project Requirements in Details

This is the inviolable first step in any app development project. It would help if you carried out a thorough discussion of all the particularities of the app project. From understanding the budget constraints, a timeline of the project to the must-have features and required development skills, the entire app project should be discussed in minute detail.

Discussing the Development and Testing Estimates

When the project requirements are discussed and documented, it is time for the team to meet and exchange their opinions and give feedback. The meeting should be attended by all stakeholders, developers, designers, and QA testing professionals.

The meeting should come with clear estimates regarding test cases corresponding to both negative and positive scenarios. In addition, there should be a detailed test plan document with clear objectives laid out for the app project.

Since an app project involves serious issues such as data security and intellectual property rights, the app project should officially take off only after signing the Non-Disclosure Agreement (NDA) by both parties. This will guarantee that all the information regarding the app project is not going to be shared with third parties.

When app projects dived right into the development stage after the imagination and assessment are complete, app projects are complete. Without creating low-fidelity or tough wireframes or sketches of the app screens, you may end up committing several mistakes followed by undoing and redoing things.

Wireframes or the rough sketches of the app screens will help sync everyone on the same wavelength regarding how the app will work. These sketched-out blueprints will guide the developers in shaping things as intended originally by the app project.

These days, most successful app projects, instead of releasing fully-fledged apps with a load full of features, insist on shaping a minimum app project with elementary features and user experience attributes. This incremental development approach known as Minimum Viable Product (MVP) is also popular because developers can shape a basic app and make value additions based on audience feedback.

It would help if you created an MVP roadmap for the app project, starting with elementary project requirements followed by gradual value additions through other features and changes based upon user feedback.

For building a stable app with highly reliable performance, you also need to depend on test automation tools and ensure an accelerated development process by involving automated testing. This will ensure getting the desired development output faster with assured performance.

Automation testing tools will also help to widen the testing coverage of the app project to the optimum. This will also give more confidence to the developers regarding bug-free and non-erroneous performance.

Finally, the development speed for any app project is a mission-critical aspect that no developers can undermine. Quick and timely delivery of the app is something every app project tries to achieve. Only a well-articulated and thoroughly structured development process will help fulfill this competitive requirement of faster time to market.

All the tips that we have discussed here are tested and tried across many app projects to ensure fast-paced app development while ensuring an instant entrance into the app market. These recommendations and tips are also helpful in adhering to the best industry practices for app projects.

What Small Business Owners Need to Know About AWS